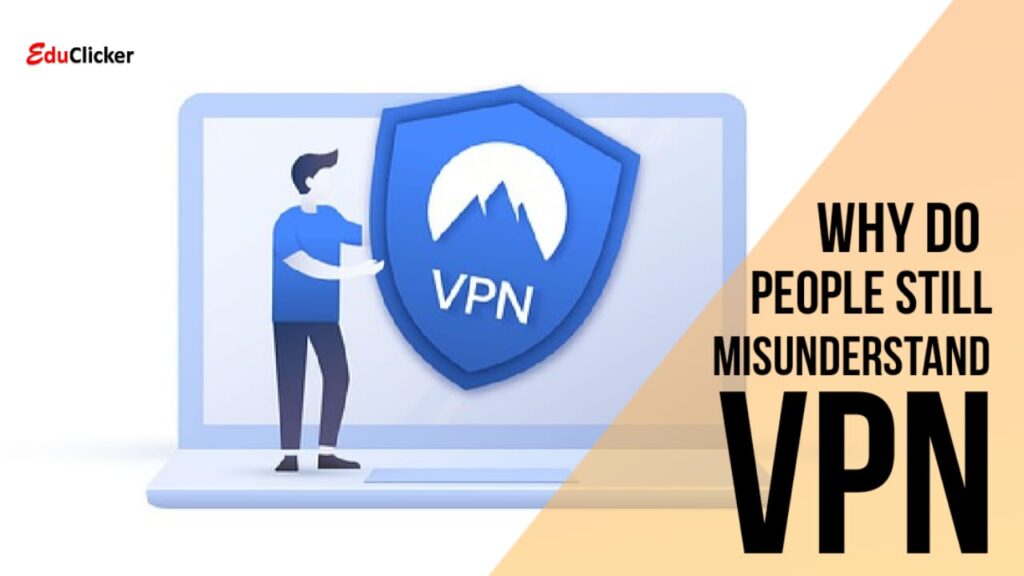 Despite originating in the 1990s, the recent surge in VPN demand has done little to quell such a misnomer, with 41% of Brits now using a virtual private network at least once a week.

The question of course remains, why do so many people still misunderstand VPN and their legality?

Read Also: What is VPN and how does it work?

What are the main misconceptions about VPNs?

Before considering the reasons why VPN are misunderstood. It is important to assess some of the most common misconceptions. Here are some things to keep in mind.

The legality of VPN is widely discussed and misunderstood as some people still believe that you only need to use this technology if you intend to do something illegal. Although VPN use is legal in most countries in the Western world. Practices like streaming geo-restricted content through platforms like Netflix are not illegal under contemporary law. Sure, Netflix and similar platforms may actively block VPN use, but there’s no suggestion that the practice is illegal or objectionable in any way.

Businesses and individual users alike are often unable to complete a VPN download. Believing that it will be difficult to work with or integrate within their existing technology stack or business network. However, understanding the low-level details of how a VPN works is challenging. As it is much easier to use a VPN client and install it on the device of your choice. In fact, this process can usually be completed in just a few steps, from the initial download to activating the product on your computer or mobile device.

VPNs work by routing your data and web traffic through an encrypted, virtual tunnel. And in some cases this can cause a slight delay in your internet connection. However, not only can this risk be mitigated by identifying a paid premium VPN client with a large number of active server locations. But also an unstable or poor internet connection due to the time it takes to encrypt a user’s web traffic. Almost universally, any change in internet speed is completely indecent, while leading clients on the market can even throttle and speed up your network connection.

Why does this misunderstanding persist?

Not only is it relatively easy to demonstrate the insanity of these myths and misconceptions. But the fact that VPNs were developed in the 1990, means there’s plenty of time to bust such false narratives.

Furthermore, the drastic increase in personal and business VPN use in the UK (especially since the outbreak of the c19 on these shores) has dispelled many of these misconceptions. But they persist nonetheless.

But why is this so? Well, one of the reasons is the widespread perception and skepticism that surrounds even the most modern technologies like block chain and cryptocurrencies.

Even today, first-generation crypto tokens like bitcoin are repeatedly misunderstood. Thanks to their relative complexity and the technologies checkered past as the currency of choice for purchases and criminal transactions.

Not make mistakes; VPNs and their functionality are backed by similar levels of technical complexity. Which can cause immediate cynicism and significant misunderstanding among typical users.

As we mentioned, VPNs have also been associated with crime in the past, and while there is little basis for it. It is still relevant in the minds of potential users and casual observers.

Although usage has increased of late. The fact that the UK accounts for less than 50% of regular VPN users. Means that some of the misconceptions mentioned above will take much longer to fully dissipate.

How to Bust These VPN Myths

You can take steps as a VPN user to bust some of these myths in your mind, however, choosing a premium and paid client is one of the most important.

This will get you to the best level of performance and service, from the moment you download your chosen VPN to installation and activation.

We also recommend that you use a free VPN trial when appropriate. Ultimately, it allows you to accurately test what the client has to offer within a predetermined period of time, as you become more familiar with its true functionality and how it interacts with your device.

Finally, don’t be afraid to check the laws and regulations that govern the use of VPNs. While these vary from country to country, UK users can rest assured that this practice is perfectly legal as long as you’re not doing something that breaks another law.

How to Join Zoom Meeting for the First Time

HDD vs SSD: Difference between Hard Drive and Flash Storage

How to Use Green Screen for Streaming

How to Increase Mobile Hotspot Speed on Android

How to Watch Netflix with Friends on Zoom

Why is my computer slow and how to fix it?

Kinds of Tense – Past Tense – Chapter-2

How to Make Free Calls from Internet to Mobile Phone?

How to Blog from your Mobile Phone?

Difference between Debit Card and Credit Card in Hindi

What are the Sectors of Indian Economy

What is Hotel Management? – All about Courses, Opportunity, Careers & Salary

Best Steps to Get Admission to MBA in Good Institutes

How To Make Money By Making YouTube Shorts Videos